This project sits atop the highest point in New Orleans. The site itself, often called the 610 Hill, is made up of construction debris from the building of Interstate 610 in the early 1970s. In response to the history of the site, the project uses reclaimed materials for the pathways leading to the top of the hill. The main trail was constructed using crushed brick salvaged from the demolition of tennis courts in another part of City Park. The platform itself was built from reclaimed, fallen, and selectively cut cypress wood. The intricate pattern created from the varied cypress rounds emphasizes the tranquil and contemplative feeling of the space. 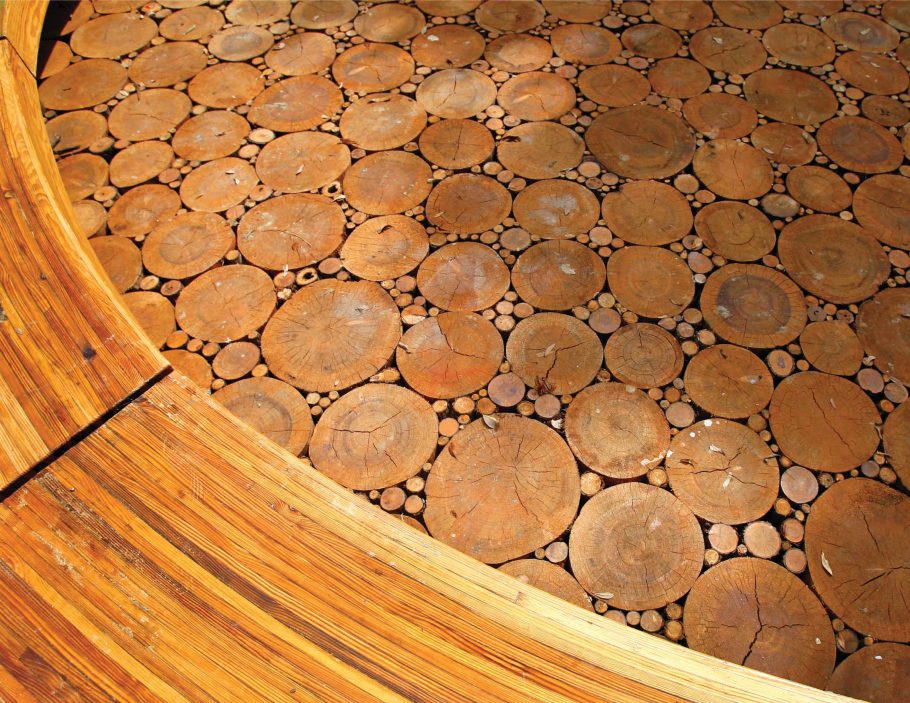 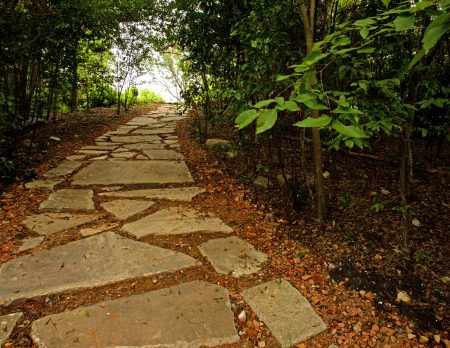 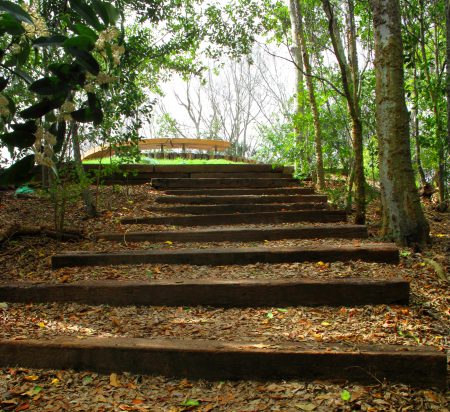 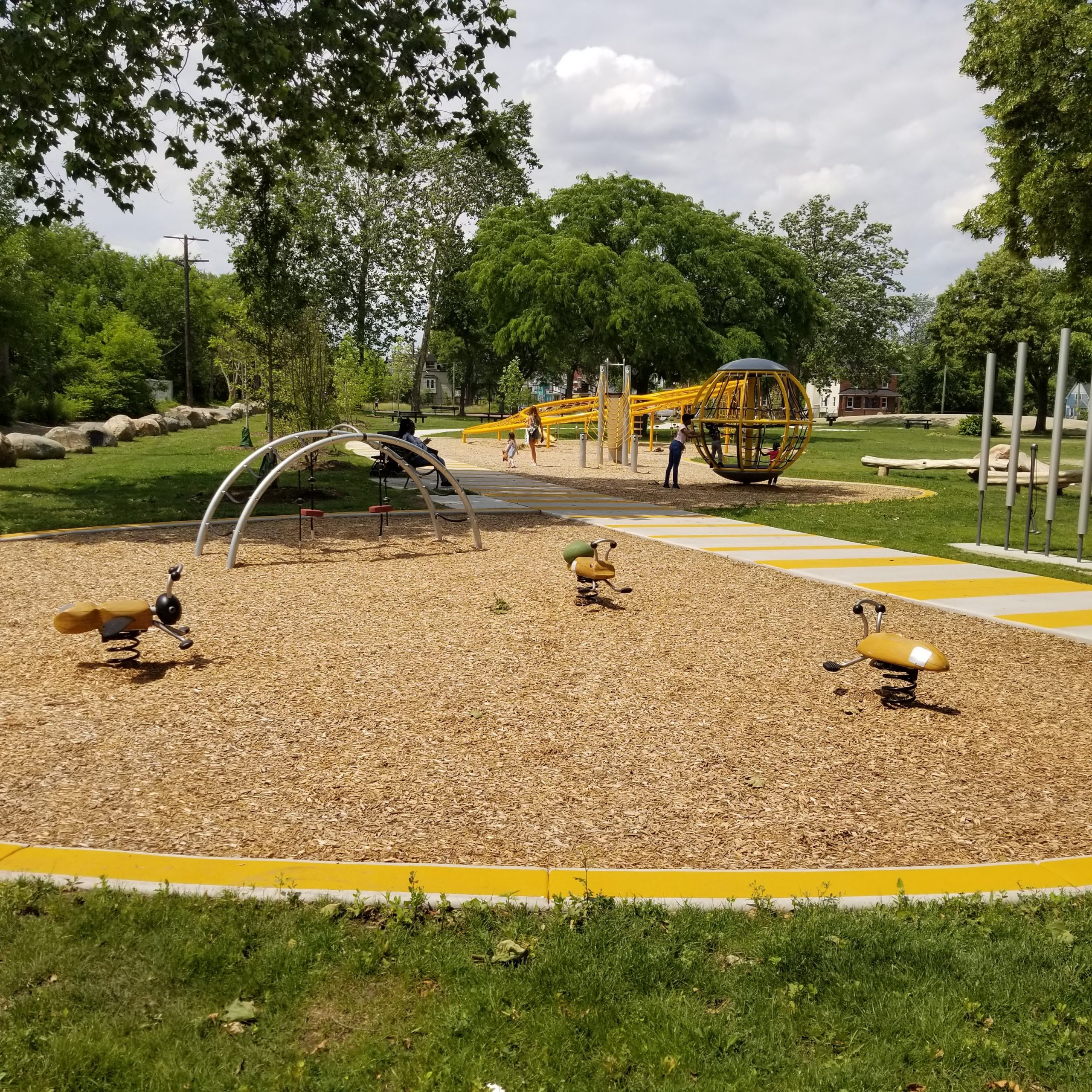