In 2012 Baton Rouge was selected by the EPA as one of five cities to receive technical assistance through the Greening America’s Capital’s program to support the development of the Downtown Greenway’s planning.

Through this program, the greenway’s planning has been developed by studying five sites along the proposed 2.75-mile route. While the general route of the greenway was already established, the preliminary analysis phase evaluated some alternative routes for sections of the greenway and also explored design alternatives. The greenway will connect seven existing parks in the area and will serve a population of 40,000 people that live within a mile of the project. The greenway route was selected so that it runs along the public right of way in order to avoid the cost of acquiring land or negotiating easements.

The aim of the Downtown Greenway is to develop and support a new active transportation system for Baton Rouge that includes a green network for pedestrians and cyclists. This network would reconnect surrounding neighborhoods, connect neighborhoods to parks, encourage new investment and redevelopment, and promote healthier lifestyles. Another major element of the project is the incorporation of green infrastructure strategies. Green infrastructure refers to the creation of multi-functional networks that work with natural elements and processes to address environmental issues. The main components of this approach include stormwater management, climate adaptation, heat island mitigation, increase biodiversity, enhance air quality, sustainable energy production, clean water and healthy soils, as well as the more anthropocentric functions of increasing quality of life through recreation and adding shade and shelter in and around towns and cities. 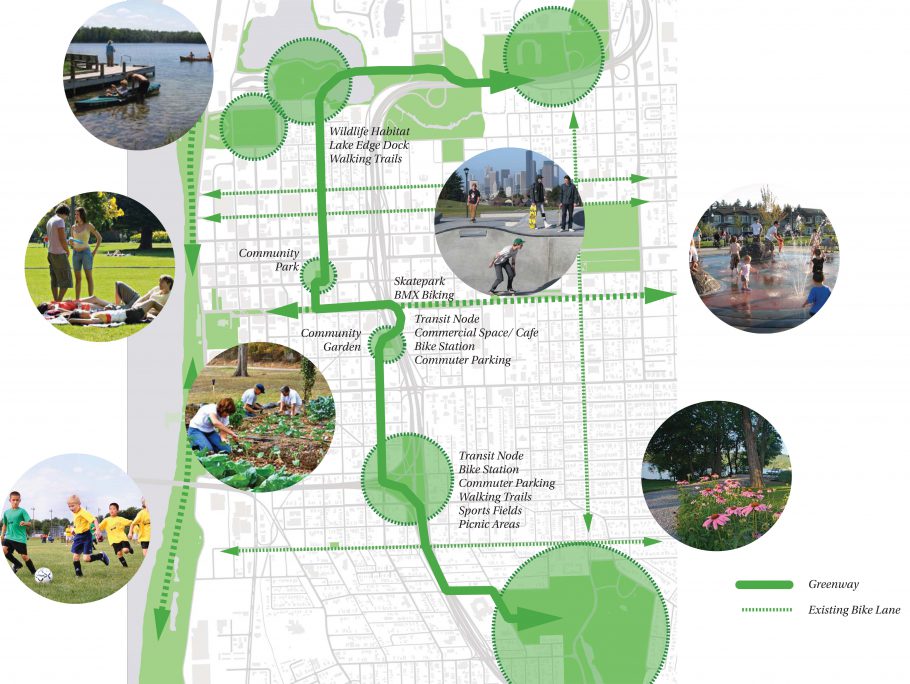 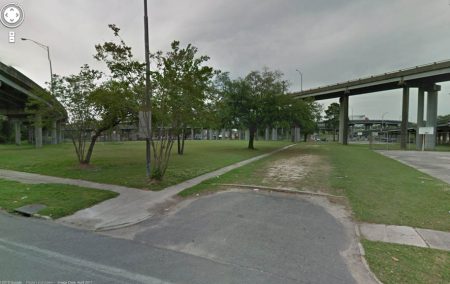 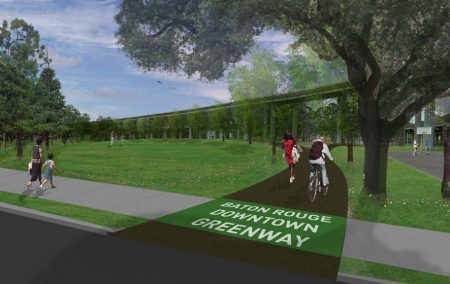 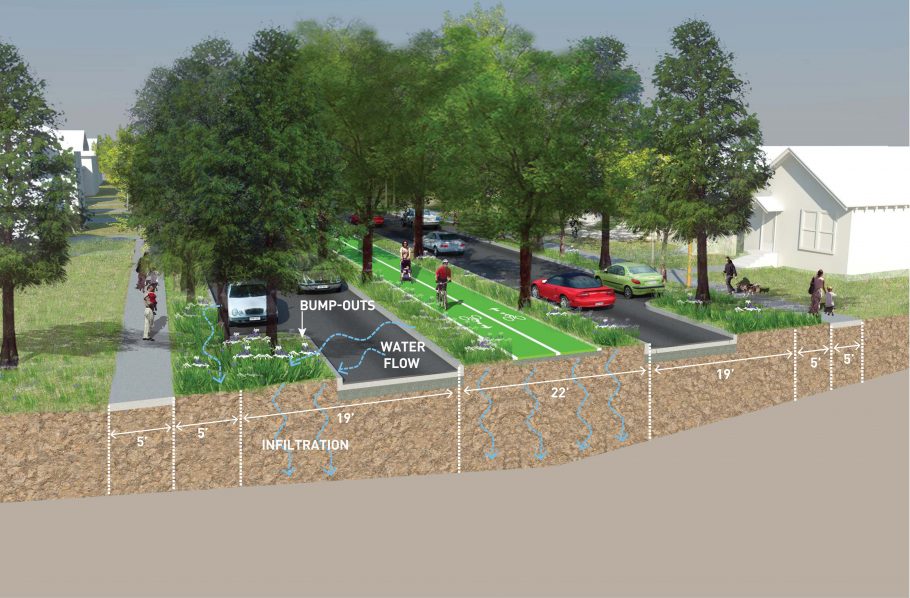 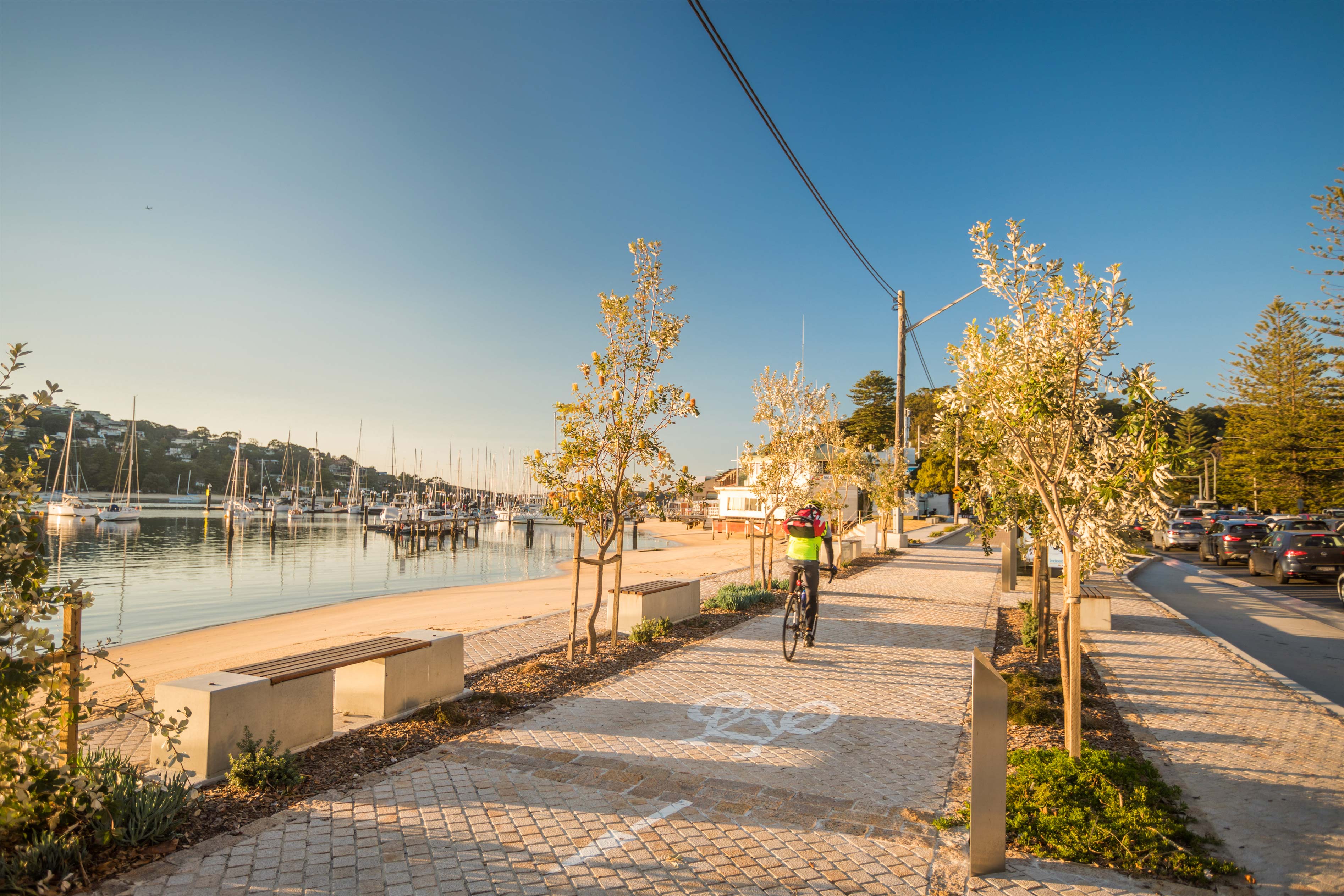 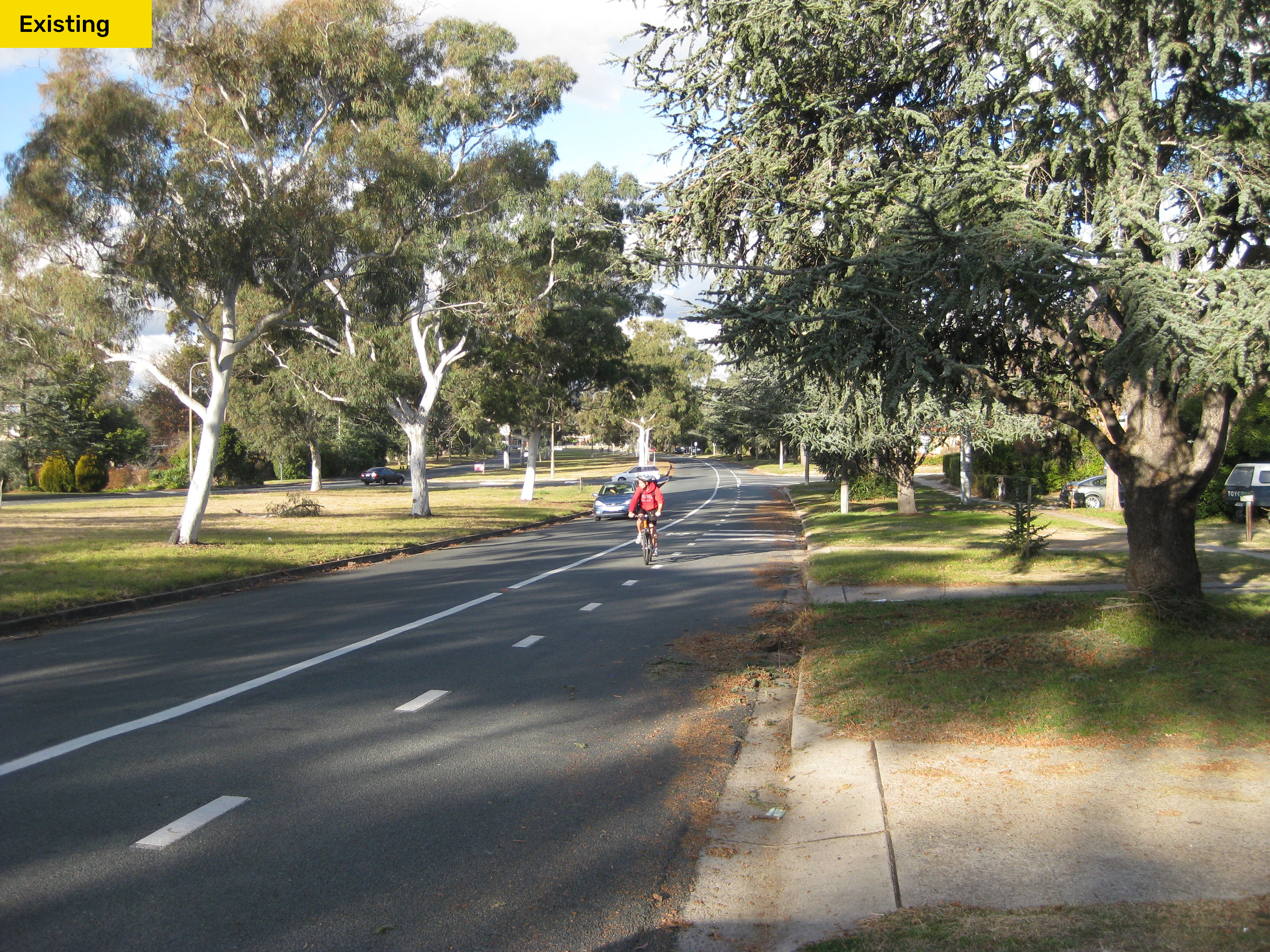